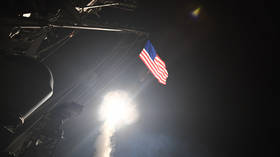 It’s better not to be a “more normal country” if that means being as prone to invasions and coups as the United States, top Russian ministers have said, firing back at bizarre remarks by a new Pentagon chief.

It would be “great” if the West “could get Russia to behave like a more normal country,” Mark Esper, the newly appointed defense secretary, was reported to have claimed while visiting Paris this week.

“Otherwise, we should have been acting like the US, bombing Iraq and Libya in blatant violation of international law… We should have supported coups, violent and anti-constitutional, like the US and its closest allies did in February 2014 [in Ukraine].”

via We refuse to be a ‘normal country’ if it means US-style bombings & invasions, Moscow tells Pentagon — RT World News