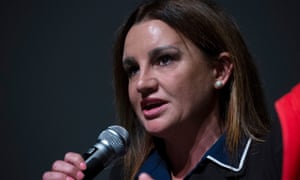 Also not mentioned: an unusual personal appeal from the president of the Australian Medical Association to Scott Morrison last September to remove families and children from Nauru, preferably to the Australian mainland, to safeguard their physical and mental health.

Guardian Australia revealed Tony Bartone wrote to Morrison because of “a recent groundswell of concern and agitation across the AMA membership and the medical profession about conditions on Nauru, and the escalation in reports of catastrophic mental and physical health conditions being experienced by the asylum seekers, especially children”. The AMA is standing behind the medevac regime, and urging the government to properly fund the work of the independent health advisory panel that provides the advice on medical transfers.
Advertisement

The fate of the medevac regime rests with one parliamentarian, the Tasmanian independent Jacqui Lambie, who has told the government she wants the Senate inquiry to play out before she makes a decision. Nobody really knows which way Lambie will jump, but she’s the make-or-break player.

Hearings associated with the inquiry begin next week. The critical vote is expected in November.