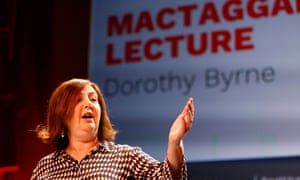 In the UK, television news is governed by impartiality rules but our press is fiercely partisan, predominantly towards the right, and it is important that people understand this.
Sign up to the Media Briefing: news for the news-makers
Read more

But the current undermining of public trust in media, fuelled by President Donald Trump’s attacks on “fake news” and now mimicked by the UK government, goes far beyond scepticism or challenge. When research shows 72% of people in Britain believe television news to be accurate, it is right to be angry that Mr Johnson spurns it in favour of a union-flag-bedecked turn on Facebook.

via The Guardian view on politicians and interviewers: it’s time to talk again | Editorial | Opinion | The Guardian