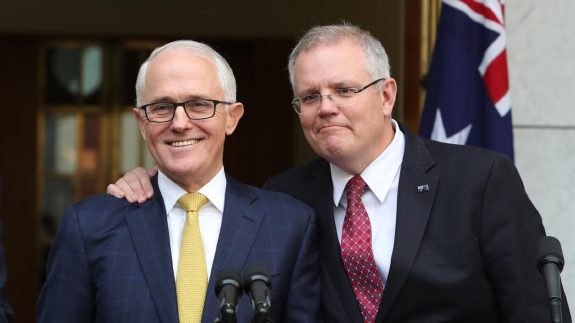 “IN OFFICE BUT NOT IN POWER”

The cause of this is not immediately obvious, but I would place some blame at the feet of one Anthony John Abbott. Since becoming Opposition Leader in 2009, Abbott instituted a particularly vicious and highly rigid brand of politics that has not really left the LNP to this day. I have quoted this before, but it deserves repeating. The extent of the change in the party when Turnbull replaced Abbott was best summed in Abbott saying that Turnbull was ‘in office, not in power’. That turned out to be true, and Morrison is seemingly in a similar position. The difference is, he learned the lesson: he toes the line regardless of the consequences.

via Once and Forever A Puppet: Turnbull, Sco Mo and Climate Change – » The Australian Independent Media Network