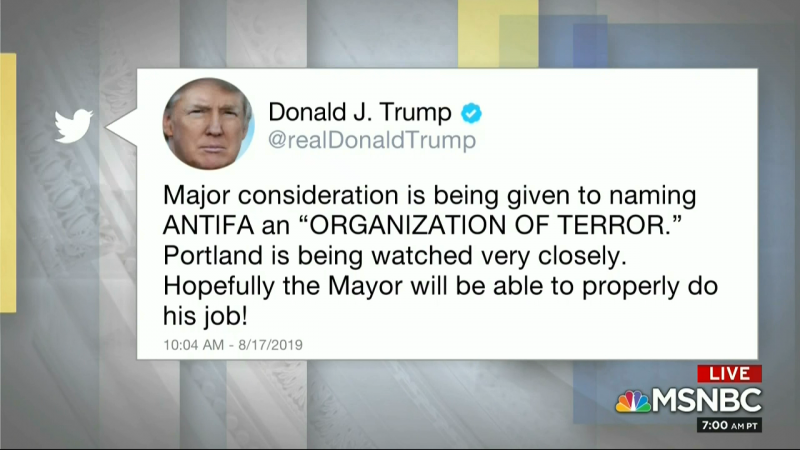 A former Infowars staffer who organized the Proud Boys protest in Portland Saturday deemed the “mission” a success because President Donald Trump sided with the right-wing extremist group against the anti-fascists.

via ‘Look At Trump’s Twitter’: Right-Wing Extremists Declare Victory After Trump Sides With Them Once Again | Crooks and Liars