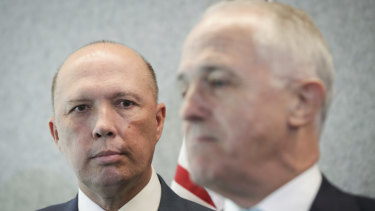 This is either the single most expensive single piece of paper in the history of this chamber, or a blatant rejection of the will of the Senate by a minister who is allergic to scrutiny

The government has defied a Senate demand to release the findings of its review of the Home Affairs portfolio by claiming it did not produce a “single consolidated report” despite spending $4.9 million on the effort.

The claim triggered an outcry in the Senate over the performance of the Department of Home Affairs and its minister, Peter Dutton, after the controversial creation of the vast portfolio two years ago.

Senator Keneally also claimed the department had wasted taxpayer money by spending over $450,000 on corporate hospitality, $100,000 on executive office upgrades, $132,000 on motivational speakers and $9 million on a contract with Toll Holdings for accommodation on Manus Island even though the project was abandoned.

Senator Keneally also cited an audit office finding in January this year that concluded the department’s Biometric Identification Services Project was “deficient in almost every respect” despite a cost of $34 million.

via ‘$5 million for a piece of paper’: Major review of Home Affairs did not produce an actual report