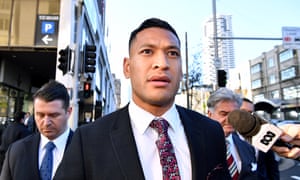 Conservatives within the Morrison government are campaigning for a religious freedom bill, but less than half of Coalition voters argue that there should be stronger laws to protect people who express their religious views in public, according to the latest Guardian Essential poll.

Clear majorities in the sample also agree with the statements “it is only right that people consider how what they say can affect others” (69%) and “people should not be able to argue religious freedoms to abuse others” (64%).