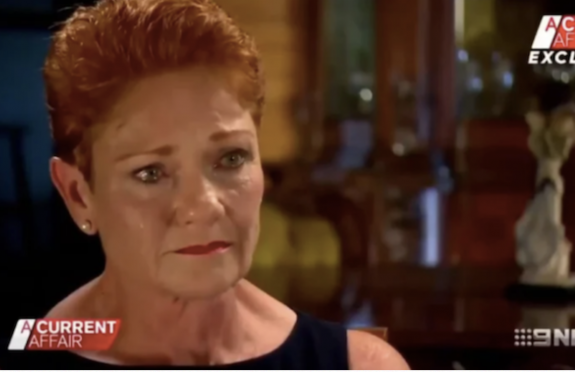 Senator Hanson is, in a supreme irony, attempting to play the victim in order to distract from the fundamental political incompetence that she displayed in selecting her candidates. The media exposing these clowns as unfit for office is not, contrary to your victim narrative, kicking you in the guts. This rant was clearly not thought through (like much else that she says) and is even wrong on simple facts.