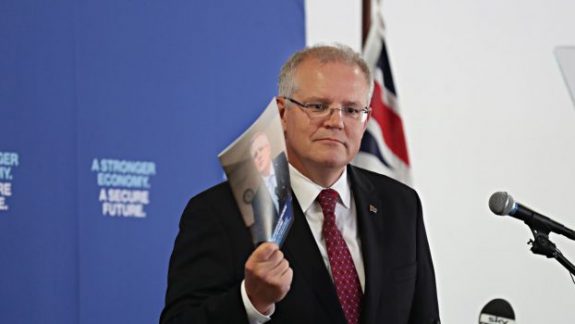 “The economy” may have been growing for 28 years but, as far too many people are painfully aware, that growth has not been shared.  Is Scott unaware that one in eight adults and more than one in six children are living in poverty, and many of those are living in “deep poverty”?  They endure daily the cruel lessons of an economy which favours the wealthy.

Every move made by the Coalition is designed to reward investors, clinging to the belief that that will somehow magically translate into bounty for all.  But as we have seen, investors get very narky if asked to share any of their gains.

We must do better.

via Scott has a new pamphlet – » The Australian Independent Media Network