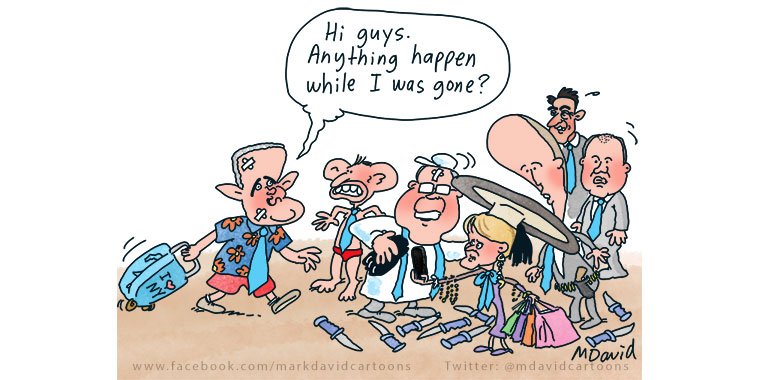 After the ATM Government’s crushing defeat in Wentworth, where to now for the Liberal Party and its propaganda arm, the Murdoch media?

… Rupert Murdoch had helped bring on the coup when he told Seven West proprietor Kerry Stokes a change was needed at The Lodge.

“Malcolm has got to go,” Mr Murdoch told [Mr Stokes]…

… Mr Stokes said a leadership challenge would guarantee a Labor government within a year.

Mr Murdoch replied: “They’ll only be in for three years — it won’t be so bad. I did all right under Labor and the Painters and Dockers; I can make money under Shorten and the CFMEU.”

via EDITORIAL: Murdoch and Morrison — what happens after Wentworth?