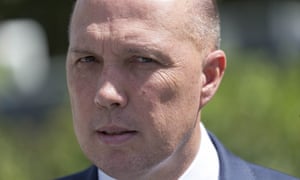 Running from Apartheid Dutton not to another Apartheid

I am a white former South African living in Australia, grateful every day for my citizenship. But I am here because, partly, of an unearned privilege. I’m a refugee with a gold-class ticket: I have white skin and I speak fluent received pronunciation English.