The “Jewish Diaspora” is fast becoming a shrinking myth because Israel really isn’t representative of Jews living outside the State. Jews around the world are turning their backs on a State that no longer reflects the fundamental beliefs they were brought up with. Israel shames them  and it’s reflected in the propaganda put out by the Mainstream Media.

After masked settlers attacked a Palestinian community as soldiers looked on last month, the response in Israel has been to attack and silence the messenger. 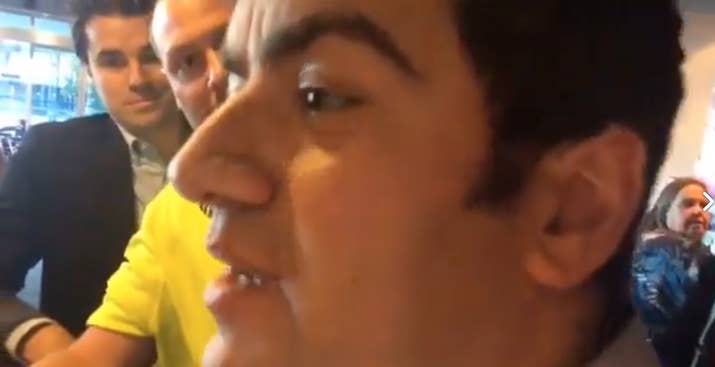 Andrew Bolt’s true Aussie’ Patriot Blue meet and greet Sam. Unlike Andrew Bolt Sam hasn’t clenched is fists or taken a swing. Bolt obviously knows where to go for lunch and be welcomed even shouted and not expected to go Dutch.