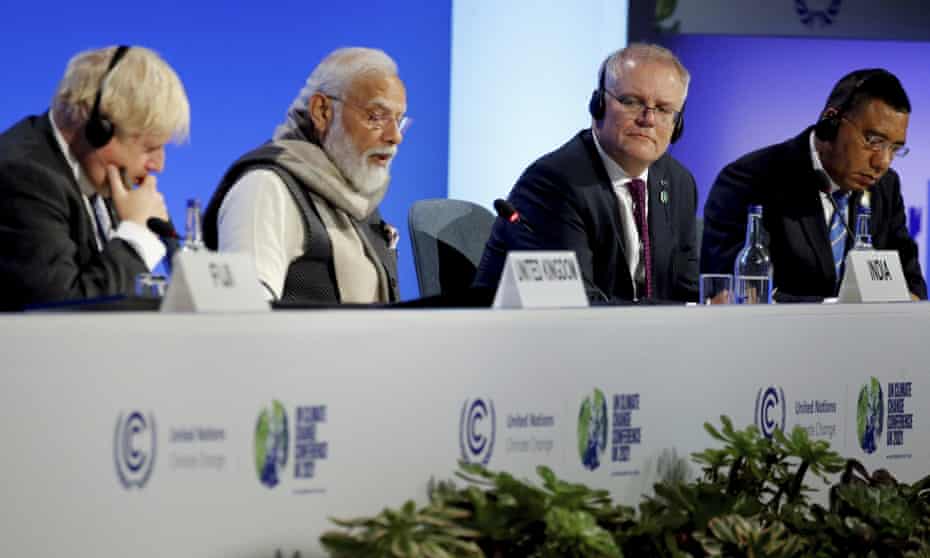 By the time Morrison touched down in the desert, the French ambassador had landed a potent extrapolation. If Scott Morrison’s operation was prepared to leak private text messages from world leaders to settle diplomatic scores, who could trust Australia? Jean-Pierre Thebault French ambassador says leak of Macron text ‘new low’ as submarines rift deepens Read more “You don’t behave like this on personal exchanges of leaders,” Thébault said in Canberra. “Doing this also sends a very worrying signal for all heads of state. Beware, in Australia, there will be leaks, and what you say in confidence to your partners will eventually be used and weaponised against you.” I doubt you’ve missed the saga of the text messages, but just in case – the morning after Emmanuel Macron told Australian journalists on the sidelines of the G20 summit in Rome that Morrison had lied to him during the fracas, one of the president’s private texts turned up in some Australian media outlets.

Source: The Macron spat over Aukus submarines has taught world leaders a lot about Scott Morrison | Katharine Murphy | The Guardian