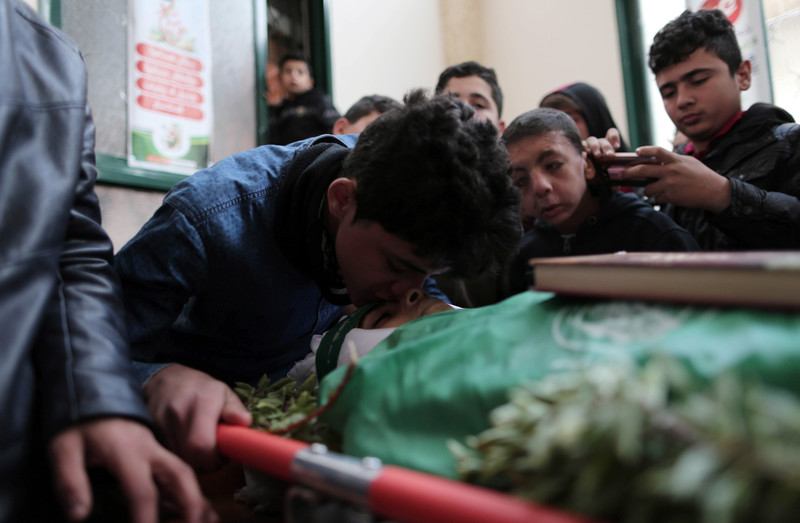 The ministry named one of those slain as Ali Sami Ali al-Ashqar, 17. He was reportedly shot in the head east of Jabaliya, northern Gaza.

The second killed child was identified as Khalid Abu Bakr al-Rabai, 14, shot in the chest east of Gaza City.

Sixty-six others were injured during Friday’s protests, 38 of them by live fire.

“Their serious and complex wounds require months – if not years – of dressing, surgery and physiotherapy,” Doctors Without Borders stated this week.

“Infections prevent recovery, and to make matters worse, many of them are resistant to antibiotics.”

Half of the more than 7,400 Palestinians who have been wounded with live ammunition during the protests have “open fractures, where the bone is broken near the wound,” the world medical charity added.

Patients with bone infections may be isolated during treatment for several weeks, making it a long and difficult road to recovery.

“Treating these infections would be tough anywhere in the world, but in Gaza it is even tougher,” according to Doctors Without Borders. Gaza’s health system is “reeling” from more than a decade of Israeli blockade, as well as Palestinian political division and Egyptian restrictions on Palestinian movement.

Basic services are yet again being treated like a political football with Qatar reportedly halving the amount of fuel it funds to operate Gaza’s sole power plant.

According to figures released by the United Nations this week, since the protests began last March 30th, Israeli forces have shot and killed 195 participants, including 41 children. More than 29,000 protesters were injured or wounded, more than half of them by Israeli gunfire. Some estimate even higher numbers.

via Everywhere you go in Gaza, you see people wounded in the Return March | +972 Magazine