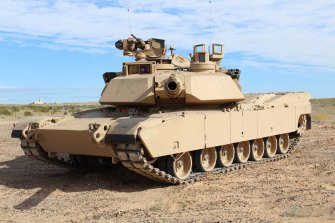 Subs and tanks Australia is truly committed to one-way trade and pleasing America and allowing the Stars and Stripes to be firmly planted on Australian soil in the region. Money for war seems to have no boundaries for this government while our health isn’t as important. One feels Morrison is preparing for a domestic threat.

Australia has locked in its purchase of more than 120 tanks and other armoured vehicles from the United States, at a cost of $3.5 billion, as part of a major upgrade of the army’s fleet.

Source: Australia commits to $3.5 billion tank purchase from the US