When is a purge a genocide? When a young Australian researcher finds solid evidence that’s long eluded international scholars, proving the minds of millions have been poisoned with lies.

Dr Jess Melvin is an award-winning academic at Sydney Uni. In 2018 she published The Army and the Indonesian Genocide using official Indonesian documents.

Her book – since released in Indonesian – conclusively showed that the mass slaughter across Indonesia of real or imagined Communists in 1965 and 66 was not an impulsive uprising of angry peasants, but government-organised mass murder

Let’s be clear from the jump: The pretext for the January 6 attacks were the incessant lies that the 2020 presidential election was rigged. That talk came from not just former President Donald Trump but also his allies, including Fox News.

Source: Trump uses January 6 to double down on his coup while Fox News pretends it never happened | Media Matters for America 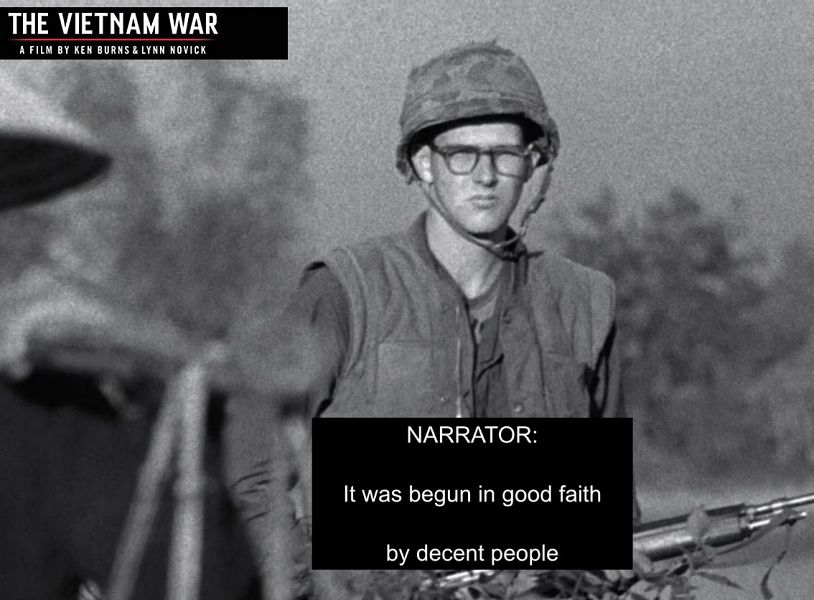 The “meaning” of the Vietnam War is no different from the meaning of the genocidal campaign against the Native Americans, the colonial massacres in the Philippines, the atomic bombings of Japan, the levelling of every city in North Korea. The aim was described by Colonel Edward Lansdale, the famous CIA man on whom Graham Greene based his central character in The Quiet American.Quoting Robert Taber’s The War of the Flea, Lansdale said: “There is only one means of defeating an insurgent people who will not surrender, and that is extermination. There is only one way to control a territory that harbours resistance, and that is to turn it into a desert.”

Source: ‘The Vietnam War’: The killing of history