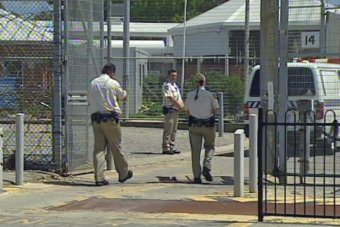 It’s 2019 and Western Australia is still locking up people for not paying fines. Of course this abhorrent policy barely affects the rich, or the well-employed, or those with financial security. It doesn’t affect those who have access to money, or for whom a $500 – $1000 slap on the wrist is just a matter of flashing the credit card or at worst, waiting until payday. No, it punishes people for being poor, for which $500+ becomes an unmanageable percentage of their income/benefit. And before long, that slap on the wrist becomes a prison sentence.

But in the meantime, Australians who are appalled at the gross injustice of jailing people who have committed no crimes are stepping up. While Attorney-General Quigley hides behind bureaucracy, Debbie Kilroy, Executive Director of Sisters Inside, an organization which advocates for the human rights of women in the criminal justice system, has started a GoFundMe fundraiser with the aim to free 100 single Aboriginal mothers from Western Australian prisons.

This money has already been used to save a single Noongar woman, a mother of three children, from being imprisoned. The accumulated debt of $3100 came from traffic infringements and having an unregistered dog.

Attorney-General Quigley can put a stop to this draconian policy. He can put forward legislation immediately to end the discriminatory practice of jailing people for being poor. He can cease this barbaric action against the most vulnerable in the community. And he must do it now, before another family is torn apart and separated, by imprisonment, or death.