Where are the US billionaires, the Wall Streeters, the Big Four tax firms Deloitte, EY, KPMG, PwC? Michael West explores the mystery of the Pandora Papers in this first of a two-part series. 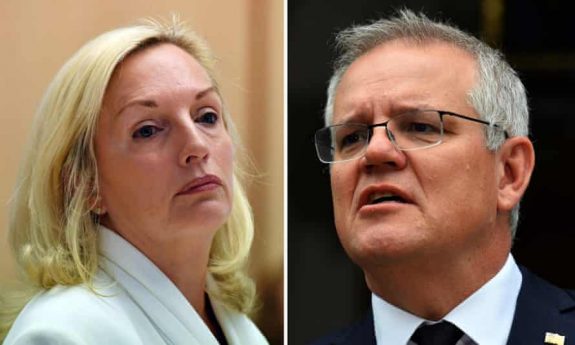 Tess Lawrence is not known for holding back when holding forth. In this first excerpt from a longer treatise she calls out Prime Minister Scott Morrison, accusing him of both implicit and complicit coercive control over women in Australia, including female cabinet ministers as well as complainants of alleged rape and other forms of sexual assault and harassment. Content warning: This article discusses rape and institutional political psychosexual violence. Scott Morrison’s coercive control of women Hawke provided Australia with the opportunities of the freshly imported economic neo-liberalism: the rule of the market, privatisation, re-regulation, cutting public expenditure for social services, the elimination of the concept of public good or the sense of community, and all that to be replaced by individual responsibility. Hawke had been captured by the simplistic mantra of Ronald Reagan: “In this present crisis, government is not the solution to our problem; government is the problem.”

‘Privatisation’ – the selling of everything which stands or moves because ‘private management is better’ came around with Paul Keating. He added trade liberalisation, corporatisation and small government.

Neo-liberalism was more subtly, albeit quietly, redirected towards a particular organisation of capitalism; despite the slogan of the small government, the basic feature of such reorganisation was the use of the government and the facilities of the state to protect capital imposing market imperatives on society and by curbing the power of organised labour.