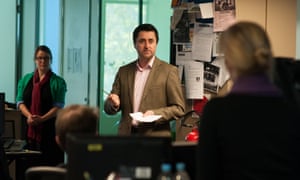 When gifted a large cache of secret documents, the normal journalistic process would involve the stories being written, with names and operational details removed. The reports would then either be published outright, or the government approached for comment, running the risk that they may seek an injunction to prevent publication. Whatever the process, not even completing the journalistic work in the first place is a strange way for the ABC to discharge its journalistic responsibility.

Even stranger still is the way the ABC allowed Asio to bring safes into the ABC buildings, supposedly so the documents could be kept secure and then taken away.

Handing over documents to any Australian intelligence agency signals the emergence of an unhealthy relationship between the ABC and the very institutions of government they should be holding to account. Yet it wasn’t always so.

Can ABC be trusted to hold the government to account? | Andrew Fowler | Opinion | The Guardian

An 18-year-old woman who earlier claimed to have been brutally raped by a gang of refugees in front of a Cologne train station reportedly confessed that her chilling story was fiction the whole time – she hadn’t even been in the city on New Year’s Eve.