The Liberal Party has always been a party of elites and would-bes. The idea that economics and society are intertwined is abhorrent to them. Economics is the domain of the wealthy and privileged, and culture belongs to those of class and privilege. ( John Lord )

The stench of Donald Trump’s presidency still lingers around the United States of America, dispersing itself on the populous with a dulling effect. It is a rotten rancid odour that inhabits not only the United States but also the world.

Would-be right-wing dictators are increasingly taking over countries that were once stable democracies. These leaders all have one thing in common: All sought power for themselves under the pretext of improving the lives of the marginalized and the poor.

Democracy is threatened worldwide by authoritarian despots or dictators who deny their people a genuinely democratic vote.

Source: Trump is out of office but not out of mind – the legacy lingers – » The Australian Independent Media Network

There isn’t any doubt that Trump would like to rule as al-Sisi does in Egypt or Khamenei does in Iran, and that his acolytes and his cheerleaders at Fox Cable News would be perfectly all right with that.

President Alexander Lukashenko is being blasted for forcing the passenger plane to make an emergency landing so authorities could arrest a journalist who has been critical of his authoritarian leadership. The presidential press service said a bomb threat was received while the Ryanair plane was over the Belarusian territory. Ryanair said in a statement that the plane’s crew was notified by Belarus of a potential security threat on board and were instructed to divert to the nearest airport, Minsk. Police then proceeded to detain journalist Roman Protasevich, a prominent opponent of Mr Lukashenko. 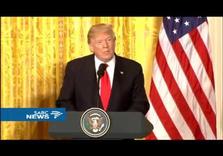 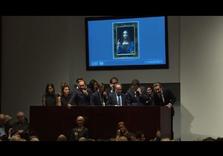 Middle East Monitor | – – Mystery over the secret buyer of a record $450.3 million painting was solved after it was discovered that Saudi Crown Prince Mohammed Bin Salman had used…

Presidential candidates on both sides nostalgic for Middle East dictators.