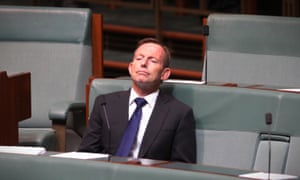 The AEF’s YouTube channel has just 11 subscribers and has posted only one video, from December 2016.

In May 2017, the AEF lent its logo to a letter to US President Donald Trump to offer “enthusiastic support” for his commitments to withdraw from the UN Paris climate agreement. But between July 2017 and February 2018, there was virtually nothing posted on its website.

Much of that website, including the “Climate News” section, is content from former Institute of Public Affairs fellow Alan Moran and postings that variously dismiss human-caused climate change and renewable energy, in particular wind power.
Advertisement

Ridd has been a director at the AEF since 2005. That’s a neat segue into the AEF’s history.

In late 2004, the Institute of Public Affairs – by then already pushing out climate science misinformation – held its “Eureka forum” to work out how to push back against “environmental fundamentalism” that, it claimed, was “denying farmers, foresters, fishermen, prospectors, miners, beekeepers, 4WD enthusiasts and others access rights, property rights, water rights”.

via Inside the AEF, the climate denial group hosting Tony Abbott as guest speaker | Environment | The Guardian