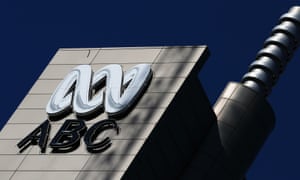 According to the Government, the ABC and SBS weren’t to be included.

Source: Google and Facebook should pay to use ABC and SBS content, ACCC told | Media | The Guardian

The Government and the ACCC

the confident assertions on the Liddell Power Station by the ACCC Chairman Rod Sims remind me of the surgeon having completed a brilliant operation to save the sight of an elderly patient — he removes his mask, smiles and acknowledges the admiration of his team when a junior nurse puts up her hand and says rather apologetically, “But Sir, the patient has died”.

There are economists on the ACCC Board who would have been expected to review the full life-cycle costs of coal before Mr Sims made his statement. Did they ignore or were they unaware of the work of eminent Yale economist William Nordhaus? Nordhaus demonstrated, using full cost accounting of all externalities, that coal now has no value to the community — work confirmed by other groups of economists.

Indeed coal is the most expensive energy modality apart from nuclear energy. It requires exceedingly good discipline by the government to do a “John Cleese” and not “mention the war” – the war being the word “health” – for to do so would undermine the ideology that coal is “good for humanity“.

via The ACCC and Liddell: Just opinion and no facts