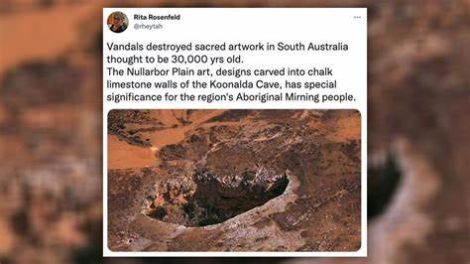 Within the wheels of the company, blissful ignorance reigned. Rio Tinto’s head of corporate relations, Simone Niven, was not only based in London but had little idea about the significance of the Juukan Gorge caves. Relations could hardly be counted as her strong suit.

Conforming to previous instances of such vandalism, penalties are being called for regarding the perpetrators of the graffiti. Under the legal regime, damaging such sites can carry a fine of $A10,000 or six months in prison. But the harm has been done; again, history has been left poorer, and the dreams worse than ever.