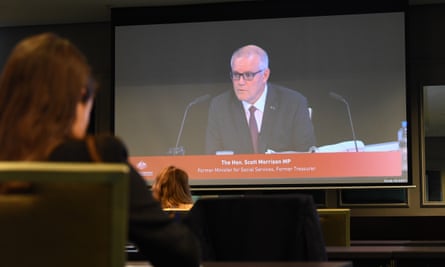 If all goes wrong simply blame others

Scott Morrison has disputed that public servants felt pressure not to inform him of legal risks about the robodebt scheme, telling a royal commission they had an “obligation and duty” to warn ministers of problems and it was “distressing” they never did.