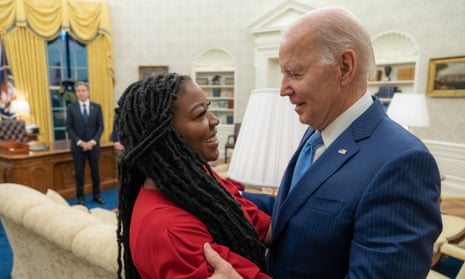 Last month, the Russian parliament mounted an unusual art exhibition with subjects ranging from the Soviet dictator Joseph Stalin to a sentimental image of a kitten. They had been produced in prison by Viktor Bout, serving 25 years in America.

Brittney Griner in court in Khimki in August. The deal procured the release of the most prominent American detained abroad. Brittney Griner freed from Russian prison in exchange for Viktor Bout Read more History has shown that a sideline as an amateur artist is not much guarantee of moral integrity. Bout, known as “the merchant of death”, was the world’s most notorious arms dealer, selling weapons to rogue states, rebel groups and murderous warlords in Africa, Asia and South America.

That, for many, was what made his release on Thursday in a prisoner swap for US basketball star Brittney Griner difficult to stomach. Joe Biden has done a deal with the devil. But he may also have saved a woman’s life. As the president found in Afghanistan, the big decisions are seldom morally clearcut.

Source: Griner release is cause for relief but Viktor Bout transfer tough to stomach | Joe Biden | The Guardian