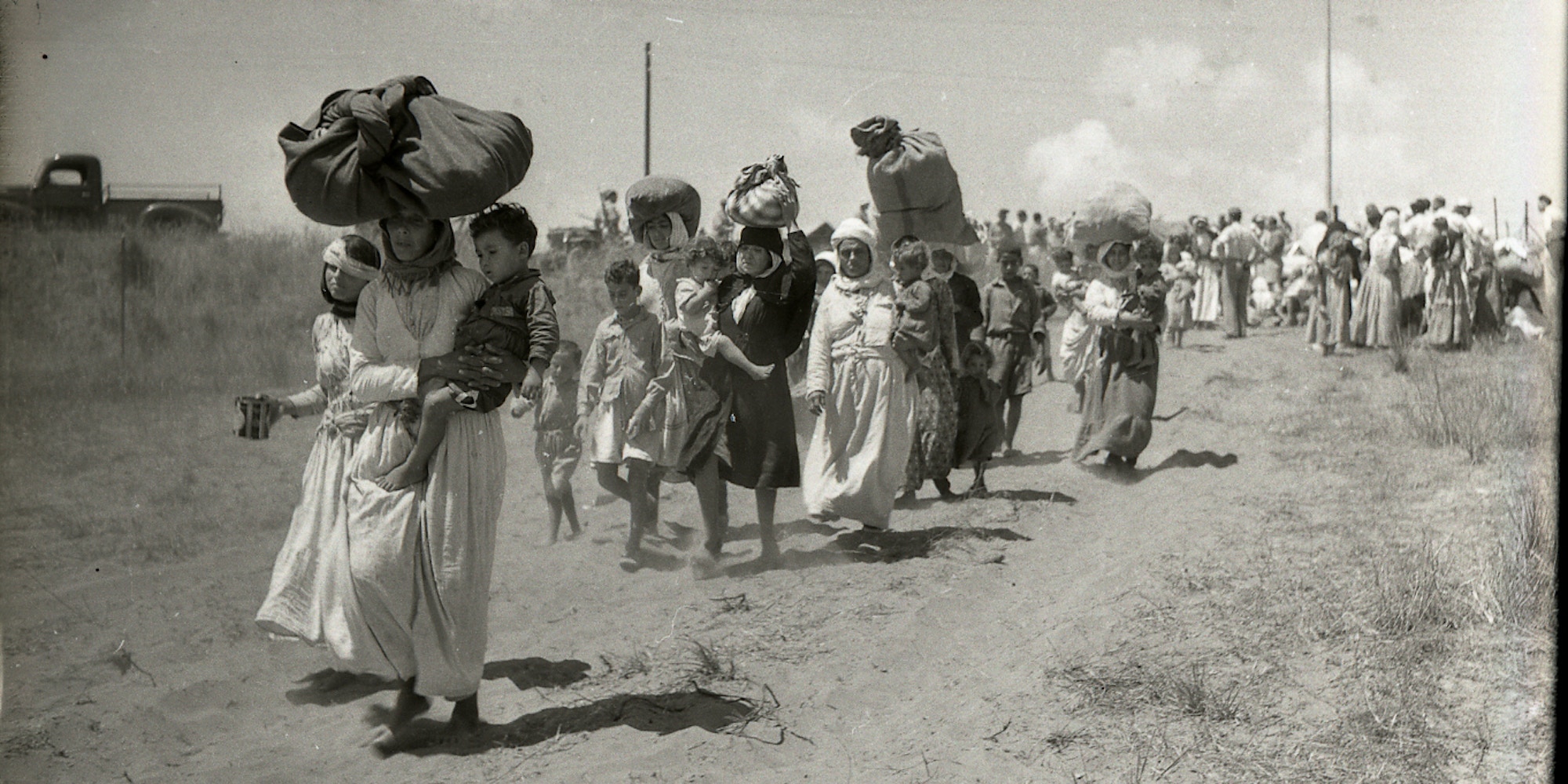 A new documentary challenges Israel’s narrative about 1948 and the forced displacement of Palestinians.

The state of Israel so fears its own history that it passed a law, in 2011, penalizing anyone who commemorates the day of its establishment as one of mourning rather than celebration. Dubbed the “Nakba law” after the Arabic word for “catastrophe,” which Palestinians have always used in reference to the establishment of the Israeli state and their own displacement, the law captures the existential anxiety of a country that has never acknowledged its past even as it continues to struggle with its ramifications.

Israel’s narrative of its own birth is tightly orchestrated and controlled. Before the military opened its archives of the 1948 war, it issued a policy forbidding the release of any documents detailing the forced deportation of Palestinians; any human rights violations, including war crimes, committed by Israeli forces; or anything that might “harm the [Israeli Defense Forces]’s image” or expose it as “devoid of moral standards.”

Few in Israel are interested in finding out anyway. What happened in the days leading up to and following Israel’s establishment, at what cost their country came to exist, are questions that generations of Israelis have refused to ask. “For Israelis, the founding myth is that the Palestinians just ran away by themselves,” Alon Schwarz, an Israeli filmmaker, told me when we recently met. “Israel is lying to itself.”

Source: “Tantura” Exposes the Lie at Heart of Israel’s Founding