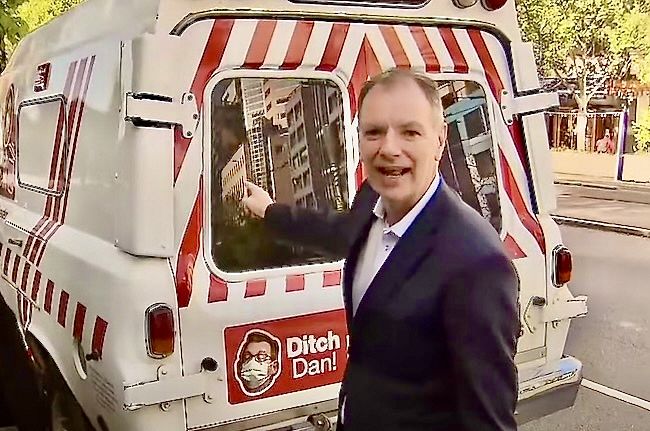 With Murdoch and Costello’s assistance, they aren’t who they say they are

Among other deceptions, Deputy Leader of the Victorian Liberal Party David Southwick has been sprung using his staffers in promotional videos as “local constituents” who claim they’d back him, writes Megan Jane de Paulo.

It’s election time in Victoria and the corflutes have spontaneously sprouted to adorn the gardens and fences of constituents.

Curiously, Southwick’s corflute sign – unlike those of most Liberal Party candidates – doesn’t feature a Liberal Party logo (or even the word “Liberal” in an easily legible font). It’s almost, despite being Deputy Leader of the Victorian Liberal Party, as if Southwick’s embarrassed to be associated with it.

One could argue that he’s lurked around long enough for us to know who he is — but Dan Andrews is arguably more recognisable and he, helpfully, has Victorian Labor logos splashed all over his campaign bus.