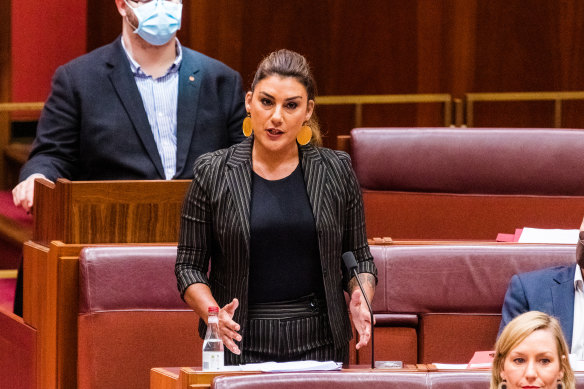 Talk about double standards when it comes to media why is Lidia Thorpe targeted when Scott Morrison was left alone? When it was discovered he employed his best friend Tim Stewart and his son were QAnon members. The Stewarts were purportedly employed by Morrison’s wife. Was a parliamentary committee set up to investigate that relationship? Or his relationship with Brian Houston who he tried to take to the White House with him?  Did the media cry that it didn’t “pass the pub test”.

Scott Morrison even after 2 years has refused to reveal the text messages sent between he and his  “bestie” Tim Stewart.

Scott Morrison must reveal any text messages from QAnon

https://www.theguardian.com › australia-news › mar › s…
30 Mar 2022 — After two-year freedom of information battle with Guardian Australia, the PM’s office has been told to search for any messages with QAnon …