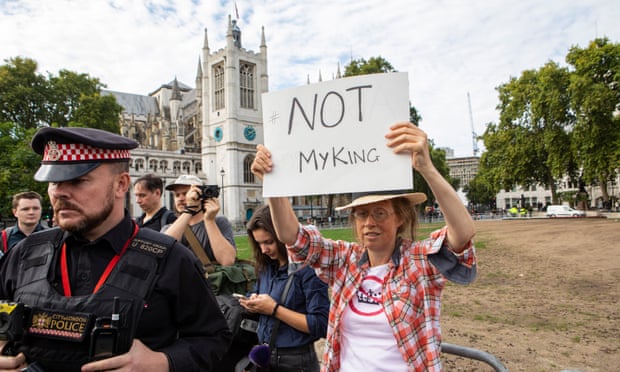 British republicanism, which used to be a perfectly acceptable position, quite within the range of polite debate, and definitely not something you could be arrested for.

A woman in Edinburgh was arrested at the weekend for holding a sign that said: “Fuck imperialism, abolish monarchy.” In Oxford, an even milder protest resulted in the arrest of Symon Hill. He emerged from church as the proclamation for King Charles III was being read, and called out: “Who elected him?” There is a question mark over how disruptive that was, in the great scheme of things, but it was enough for the police to arrest and handcuff him, later to de-arrest him on the understanding that he would be questioned in the future. Hill says that, at the time, they told him they were acting under the new Police, Crime, Sentencing and Courts Act (2022), though they later described it as a potential public order offence.

Source: Being a republican in Britain used to be perfectly respectable. So why are people now getting arrested for it? | Zoe Williams | The Guardian