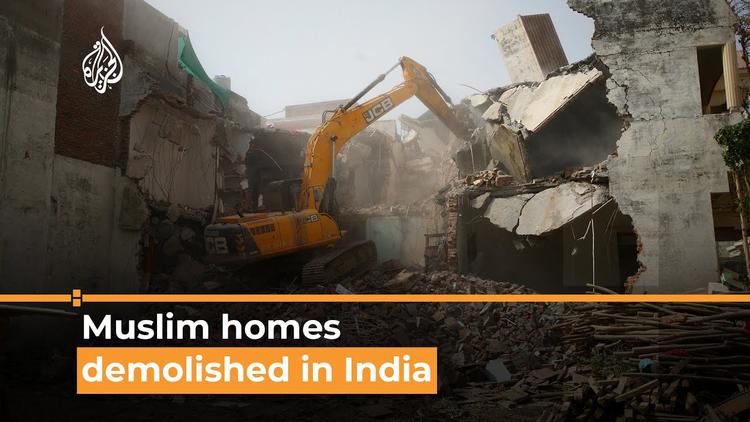 Over the weekend Indian authorities bulldozed several homes belonging to Muslims in the northern state of Uttar Pradesh (UP). The homeowners were alleged to have taken part in organised protests on Friday in response to inflammatory remarks about the Prophet Muhammad (peace be upon him) made by the now ousted spokesperson for the country’s ruling-Hindu hardline BJP party. It is the latest provocation against India’s sizeable Muslim population, following a high-court decision in March in the southern Karnataka state to ban women wearing the hijab in schools and colleges.

Source: In Demolishing Muslim protestors’ homes, India is taking a Leaf from of Israel’s Book