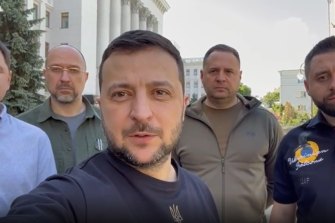 Western support is critical to the Ukrainian effort to defend its territory, and for its counter-offensives to regain those parts of the country seized by the Russian military. And sustaining this support means that Ukraine, its president, its citizen information warriors and its diplomatic corps will need to continue their efforts to engage the politicians and populations of the United States, Europe and beyond.