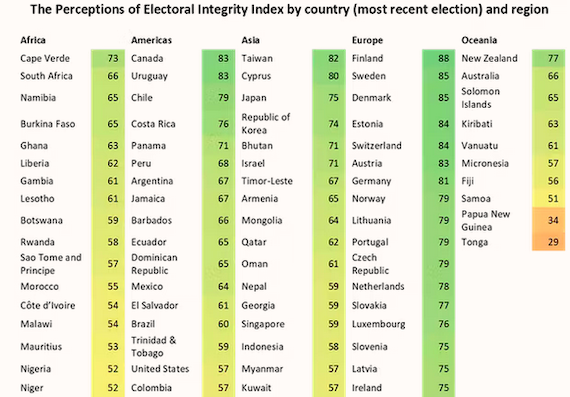 Australia ranks equal 36th in the world out of the 78 country list of Liberal Democracies. Why is it we always slide down when the LNP is in government? The worst and obvious being this recent decade?

The Australian LNP modeled itself on making Australia more American and they still do. Read American politics and you will see the LNP adopting American Republican policies in a kneejerk reaction because they actually have no homegrown ones of their own and currently have an interim Leader that may not even make it to the next election. Who is sitting in waiting one wonders.

By Toby James, University of East Anglia; and Holly Ann Garnett, Royal Military College of Canada | – Defending democracy has suddenly become one of the central challenges of our age. The land war in Ukraine is widely considered a front line between autocratic rule and democratic freedom. The United States continues to absorb the meaning of the riot that took place on January 6 2021 in an attempt to overthrow the result of the previous year’s election. Elsewhere, concerns have been raised that the pandemic could have provided cover for governments to postpone elections. Elections are an essential part