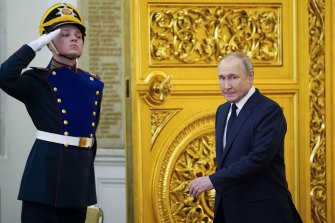 May 9 is known as Russia’s Victory Day. As Putin’s long-term Foreign Minister Sergei Lavrov doubled down on the claim that the invasion was a “special operation” aimed at “de-nazifying” Ukraine, US State Department spokesman Ned Price said on Monday there was “good reason to believe that the Russians will do everything they can to use” May 9 to justify the war.

Source: Russia-Ukraine war: Putin may declare war on May 9, US warns