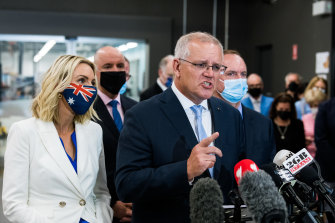 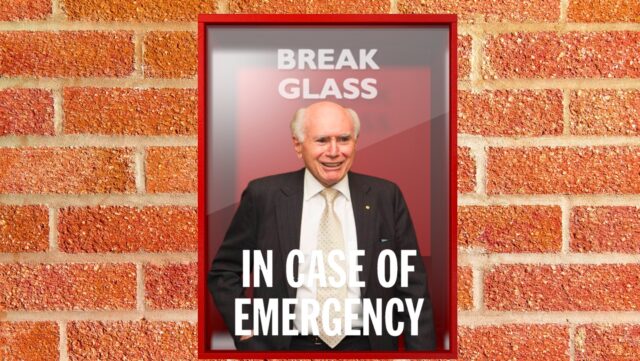 Liberal Party enacts ‘Bring out John Howard in case of emergency’ procedures
“Quick! Smash the glass and pull him out!”

Morrison apologized for declaring himself “Blessed” claiming not to be shaming or besmirching  disabled children. He was in fact maligned and the victim. But as his line of denial wasn’t being accepted after 2 days he apologised. But perfectly happy leaving parents of disabled children to deal and struggle with his cuts to their NDIS plans. NDIS lawyers are abandoning their jobs because any defence of the cuts was simply immoral.

However Morrison having said sorry for being wrong supports his “Captain’s Pick” Katherine Deves right to be a bigot on the governments behalf its her right to “free speech” even if wrong. Like Morrison all she has to do is say sorry and continue to genuinely represent the LNP. She’s a woman and has the right to declare that trans children “boys” and be banned from women’s sport. Despite the fact it never been a social problem. However, she is now doing what alpha-male Morrison did when he stood up and said disengenuously and now disengenuously defending women

Morrison is a contradiction on two legs. So two-faced and showing the insincerity, and meaninglessness of his apology. The two sorries don’t make it right and the LNP is now divided on the issue and Morrison’s incompetence and insincerity amplified.

“She is a woman standing up for women and girls and their access to fair sport in this country,” he said. “I am not going to allow her to be silenced.”