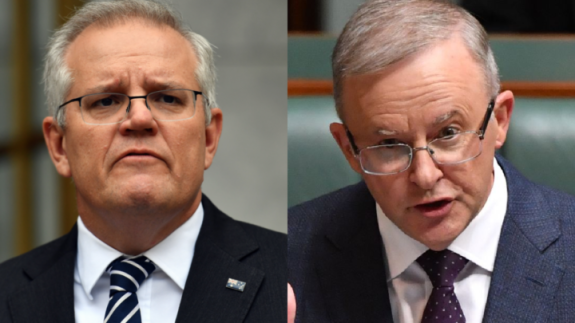 The mainstream media is shaping the narrative of the 2022 election into a battle between two leaders. Perhaps one of the more remarkable journalistic observations last week came from ABC’s political editor Andrew Probyn, when he declared on Insiders on Sunday that “Only certain political messages get through”. Probyn appears to be entirely unaware of, or unwilling to admit, the role of his profession in determining which of those messages will “get through”. For example, on Monday, ABC breakfast presenter Patricia Karvalas amplified an article in The Age written by journalist David Crowe, with the headline: ‘Albanese pays a price for gaffe as voters swing back to government.’