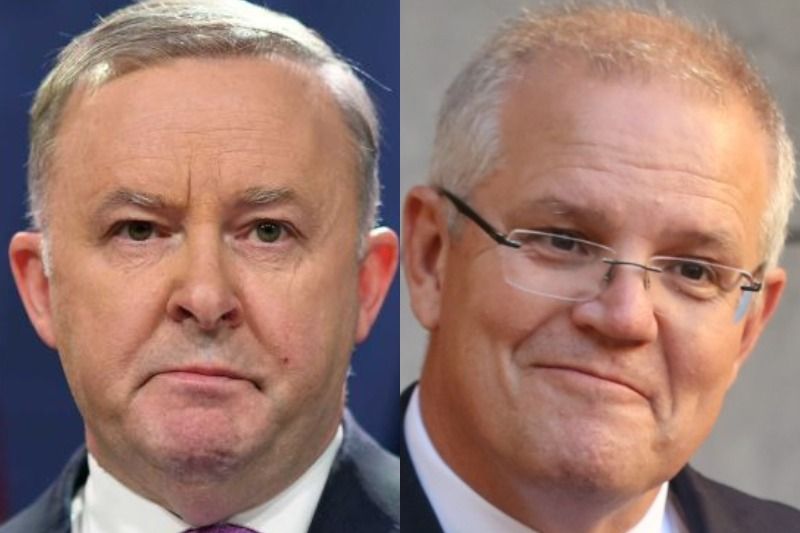 Sales, a veteran ABC interviewer, did not lay a glove on the marketing maestro and the interview ended with Sales smiling, “Thank you Prime Minister”: the sort of sardonic smile which – in the land of Insiderville which is the Canberra Press Gallery, denotes a doff of the cap, an acknowledgment that yes, okay, you sure can spin the proverbial PM. “You’re good, a bit too good”. There was also the obligatory whine that the PM should come on more often. But why would he when he has the cheesily fawning Paul Murray on Sky, or 2GB, or fan-man Chris Uhlmann on Nine as his go-to?

To get to the point, Labor may be streets ahead in the polls but Scott Morrison is now in his element. His government is a shambles but, with the three major media houses backing him, and the ABC and others truckling to their daily news agendas, Anthony Albanese will have to win this thing, not wait for Morrison to lose it. The propagandists of News Corp will run hard for Morrison. Already, according to their questionable Newspoll, the gap has narrowed sharply. Sure, they want a contest, it sells their propaganda sheets, but given all the subsidies and favors which Rupert Murdoch, Nine Entertainment, and Seven have wrung out of the Coalition they will surely be barracking for the Coalition and bagging Labor till the cows come home.

Source: The Dirty Election: how the cards are stacked in favour of Scott Morrison – Michael West Media