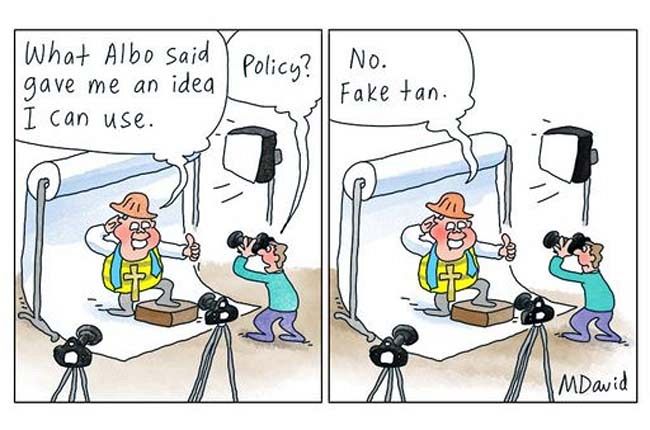 There is less to Australia’s jobless situation than the Coalition and the craven mainstream media want us to believe, as Alan Austin reports. AT EVERY OPPORTUNITY RECENTLY, before, during and after delivering last week’s Budget, Treasurer Josh Frydenberg has bragged about Australia’s jobless. He has boasted that the unemployment rate is at a 50-year low, that a million new jobs were created late last year, that Australia leads advanced economies and that all this is due to effective Coalition policies. The hard, cold evidence refutes all these claims. Blatantly falsified figures

Source: Morrison and Frydenberg’s only economic success isn’t even true