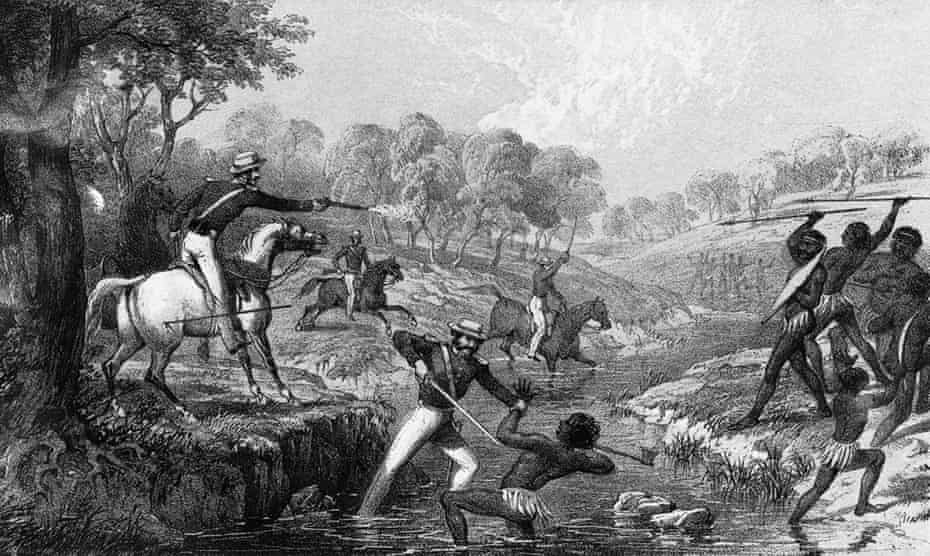 The first national project to record mass killings on the Australian frontier has found that around half of all massacres of Aboriginal people were carried out by police and other government forces. Many others were perpetrated by settlers acting with tacit approval of the state. The final findings of the eight-year long Colonial Frontier Massacres Digital Map Project show that conflict was widespread and most massacres were planned, in a deliberate attempt to eradicate Aboriginal people and Aboriginal resistance to the colonisation of the country.

Source: Almost half the massacres of Aboriginal people were by police or other government forces, research finds | Indigenous Australians | The Guardian