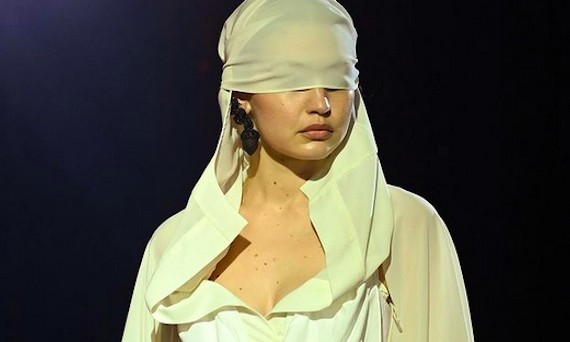 When Influencers are politically and economically influenced like Vogue  they set their standards extremely low.  The Murdoch business model is proof.

The Arab News reports that Vogue did an instagram posting about model Gigi Hadid’s pledge to donate her fall earnings to Ukraine and Palestine, but erased the Palestine part. The erasure attracted widespread condemnation from progressives, and Vogue has now amended its Instagram posting to restore the model’s pledge to help Palestinians, as well. Vogue’s erasure of Palestinians from its Instagram notice has been seen as part of a pattern in which Palestine as a subject has been made taboo by pro-Israeli right wing nationalists, who deny Palestinian rights to peoplehood and statehood just as Vladimir Putin denies Ukrainians rights to peoplehood and statehood. The Israeli Right insists that all Palestinian territory actually belongs to Israel and that Palestinians can never be allowed to have their own state.