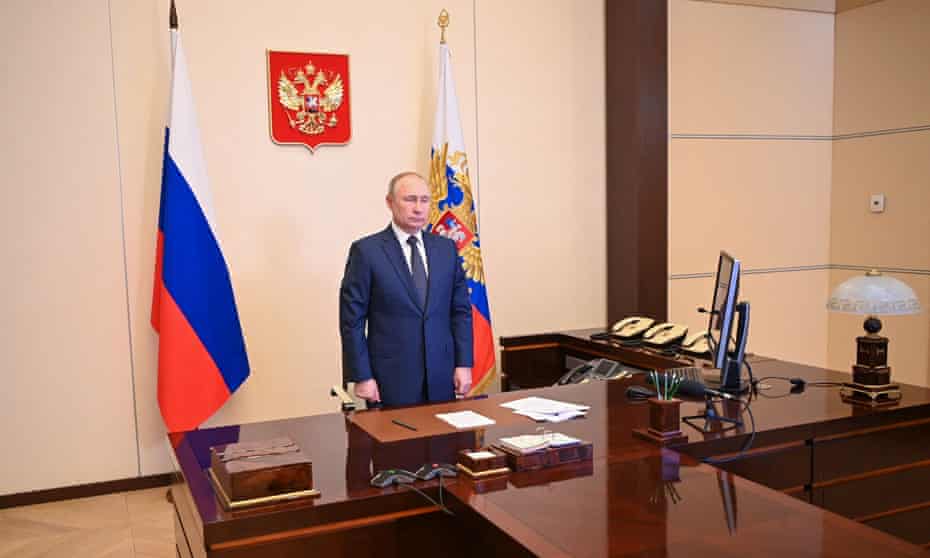 After all, Fox News did it! They infact lead the applause heard in Western media and they did it as a team. Carlson, Ingraham, Watters all vocal but then when they realised the division they caused and the potential loss to Fox like all convictionless scammers  they backed off, scattered and ran for cover.

“Can we get a round of applause for Russia?” asked Nick Fuentes, on stage last week at a white nationalist event. Amid a roar of applause for the Russian president, just days after he invaded Ukraine, many attendees responded by shouting: “Putin! Putin!”

Source: ‘Key to white survival’: how Putin has morphed into a far-right savior | CPAC | The Guardian