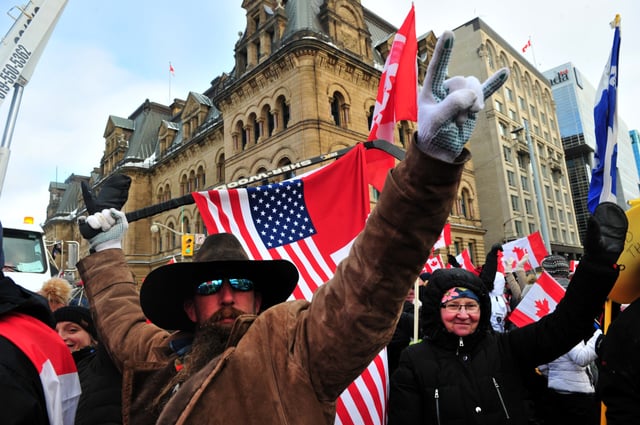 They are happily giving very official-looking press conferences designed to increase the hostility of the gathering and make a violent public crunch with law enforcement all but inevitable. “As the authorities threaten to arrest people blocking the streets of the capital,” reports The New York Times, “protest organizers on Wednesday appealed to supporters to pour into Ottawa and make their gatherings too large for the police to disperse.” Worst of all, I am mortally certain variations of this thing will be the Hot Item on right-wing calendars by March. I’m fairly shocked we’re not already seeing Trump trucks at intersections all across the country. In Canada, it was about vaccine mandates. Here, if it does come, similar actions would certainly seem to be another tactical maneuver toward a second insurrection; a practice run, if you will, under the cover of “We Hate Everything” protest cacophony. What better way to bog down a federal response to a second coup attempt than to clog the intersections of vital areas with Peterbilts and Macks? Park it, cut the engine, throw the keys in the river and walk away. It’s just that simple.

Source: The Canada Truck Protest, Once Small, Now Has a Fascist Life of Its Own | The Smirking Chimp