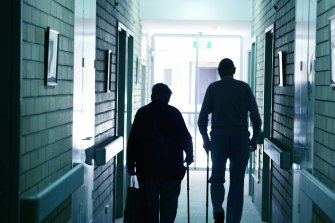 Morrison is at war and Peter Dutton is our Defence Minister. He sent our best ship to Tonga and it broke down now a week has gone by and he’s managed to deploy 129 personnel to aged care. This is a government that has surrendered not one that’s capable of keeping anyone safe let alone a Nation

More than a week after Prime Minister Scott Morrison announced that up to 1700 ADF personnel would be sent to help fill clinical and support roles in aged care homes, only a handful of the nation’s more than 2600 facilities have received military assistance.

Official ADF data shows there were just 129 personnel on the ground helping fill staff shortages in the sector on Tuesday, including 18 in NSW and 50 in Victoria.