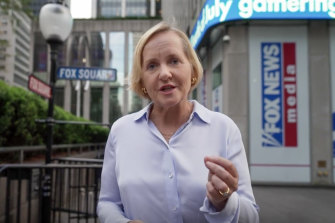 Murdoch Media’s American Fox News complains it was attacked by our ABC. The Australian Media watchdog has no teeth and rarely if ever comments publicly on SKY or News Corp’s incessant trolling of the ABC. Nevertheless we hear Murdoch central crying “victim”. You really do have to laugh at the ridiculousness of Fox News, who as we speak is, being sued by Dominion Systems for $1.5 Bn. Fox staff have been the biggest and loudest, not reporters but, promoters of “The Big LIe” and lead up to Jan 6th. When they saw the result of that assisted incitement they panicked, and now post-riot are saying it was simply the right of peacefull protest. The world’s biggest anglo-media thug is crying victim why? Because the Murdoch’s want them to avoid any more lawsuits.

Fox News sent a formal complaint to ABC’s chair Ita Buttrose and ABC managing director David Anderson in September, arguing the program, which focused on the American cable TV network’s coverage of former US president Donald Trump and its role in the 2020 US election, was an attack on Fox News.