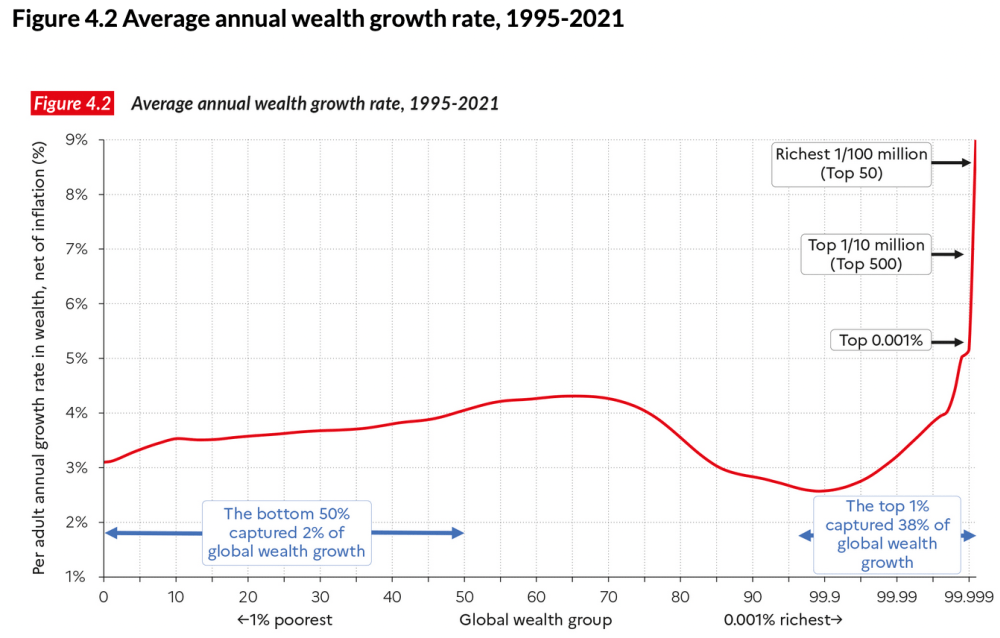 The new analysis shows that 2020—a year of pandemic-induced economic dislocation that pushed tens of millions of people worldwide into extreme poverty—marked “the largest increase in the share of global billionaires wealth available on record.” “In the U.S., the return of top wealth inequality has been particularly dramatic, with the top 1% share nearing 35% in 2020, approaching its Gilded Age level,” states the report, whose contributors include prominent economists Thomas Piketty and Gabriel Zucman. “In Europe, top wealth inequality has also been on the rise since 1980, though significantly less so than in the U.S.” At present, the richest 10% of the world’s population grabs more than half of all global income, the researchers found. The billions of people in the poorest half of the global population, meanwhile, get just 8% of the world’s income.