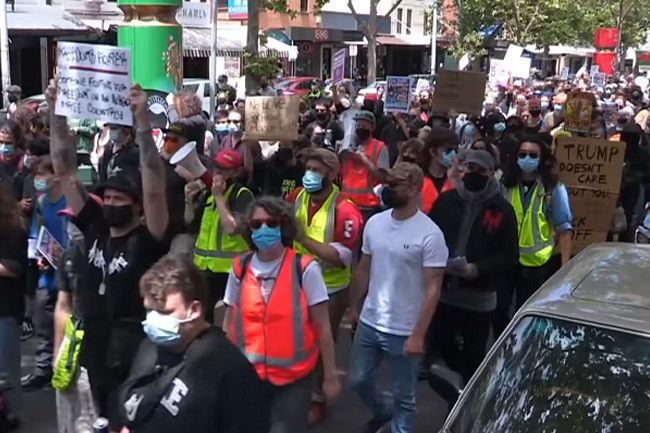 This is ANTIFA, Anti-Fascism activism without a head or organizations competing for attention. No fake unionists, Proud Boys. Nazis or The Base to be found here.

THE CAMPAIGN Against Racism and Fascism (CARF) held a successful and peaceful protest against the anti-vaxxer Far-Right and the fascists in their ranks. It’s well documented now that organised Nazi groups are attempting to hijack the anti-vax protests for their own violent and racist ends.