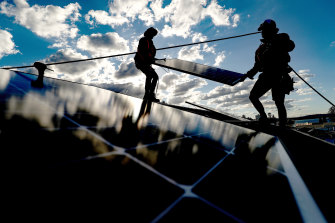 Australia is languishing yet again with a shaky climate policy. We were late to the party in our commitment to reach net zero emissions by 2050, and some suggested the Prime Minister had to be strong-armed by the Queen and Prince Charles to attending the UN COP26 meeting last week. And the government’s “uniquely Australian” plan to get to net zero looks woefully inadequate, relying on future technology to remove carbon from the atmosphere that will burden us with crippling costs – and with little prospect of it working at anywhere near the scale required.

Source: The coal hard facts: the economics and the science refute the so-called ‘Australian way’