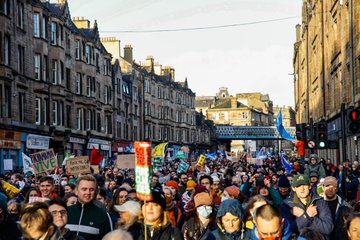 As diplomats from wealthy countries continue to say “blah, blah, blah” at COP26, over 100,000 people growing increasingly impatient with empty promises and inaction marched through Glasgow on Saturday, with thousands more hitting the streets in cities around the world during roughly 300 simultaneous demonstrations on a Global Day of Action for Climate Justice.

Source: More Than 100,000 Take to Streets on Global Day of Action for Climate Justice