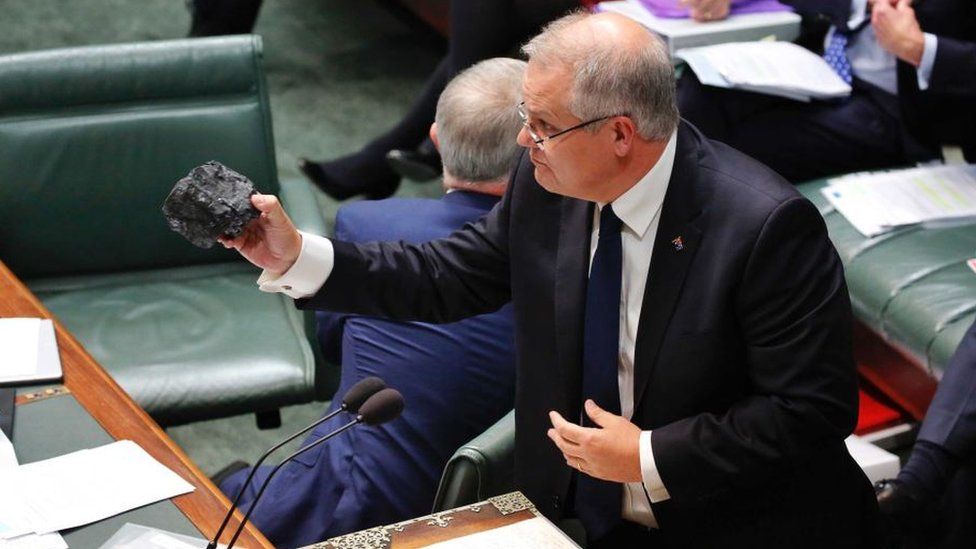 What the world really thinks of Australia and why Morrison is reluctant to attend COP26. Morrison sees no space for a positive photoshoot.

In a world racing to reduce pollution, Australia is a stark outlier. It is one of the dirtiest countries per head of population and a massive global supplier of fossil fuels. Unusually for a rich nation, it also still burns coal for most of its electricity. Australia’s 2030 emissions target – a 26% cut on 2005 levels – is half the US and UK benchmarks. Canberra has also resisted joining the two-thirds of countries who have pledged net zero emissions by 2050. And instead of phasing out coal – the worst fossil fuel – it’s committed to digging for more. So it’s no surprise that Australia is being viewed as a “bad guy” going into the COP26 global climate talks in Glasgow, analysts say. Prime Minister Scott Morrison’s government is under huge pressure to do more.

Source: Climate change: Why Australia refuses to give up coal – BBC News