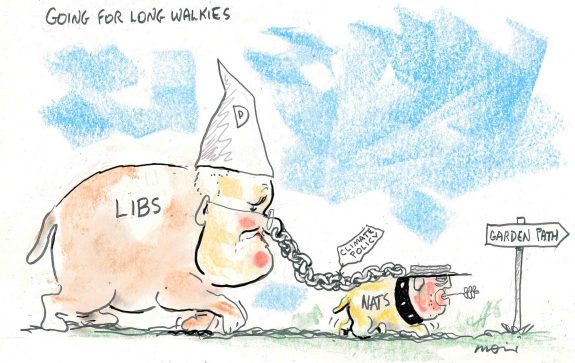 As things stand, it is a wonder Prime Minister Scott Morrison is even bothering. The Australian delegation in Glasgow is bound to be poorly briefed, confused and barely able. The coalition government, still weighed down by fossil-fuel fantasists, will continue to be engaged in a battle of such stunning incoherence any undertakings on carbon neutrality and change can only be regarded as unreliable and disingenuous. As McKenzie and a few of her lobotomised colleagues would have you believe, climate change is something that happens to other people. In the meantime, fossil fuel socialists the world over, unite!