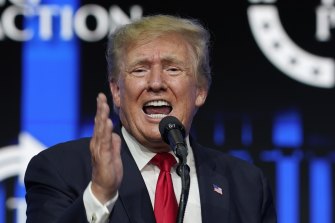 Donald J. Trump, a businessman, entertainer and then president whose personal brand has always been closely intertwined with his wealth, is no longer considered one of America’s richest people. At least not according to Forbes. The former president was left off the Forbes 400 list of America’s richest people for the first time in a quarter-century, the magazine reported on Tuesday (US time).